Serving the Dallas Metroplex since 1992

JBa Land Management was founded in 1992 by John Battle, a graduate of Indiana State University.  Working as an executive at Electronic Data Systems, one of the world’s largest tech services and management companies, John realized the corporate world was just not for him.  Instead, he decided to pursue his dream of building his own business, he soon realized the grass really was greener on the other side.

With over 25 years of experience in business, sales, and marketing John landed his first government contract with the N. Texas Job Corps Center, a 92 acre property out of McKinney, Texas. Over the years JBa has been awarded numerous other contracts. 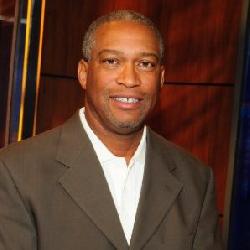 JBa Land Management is currently experiencing a growth phase and hopes to add additional professionals to our team. As we celebrate 20+ years of business success, our goal is to continue to be the best we can be for our customers and employees.

Our mission is to set the standard for the highest quality landscape products and services in our area and to exceed our customers’ expectations every year.

We want our customers to recognize us for providing the best value products and services. We want our employees to recognized us as a quality company where they can develop and grow. We are committed to continue our efforts within the green landscaping industry by encouraging the growth and health of local wildlife, without affected the soil, air, or water in a negative way..

We believe excellent service is most important. Together, we will develop a plan that reflects your long-term needs for maintaining your landscape’s appearance and functionality throughout the year. You will receive personalized expert guidance for your residential landscaping needs. We will create a landscape maintenance plan that is unique to your property.

For your commercial landscaping needs, our professional staff will identify and maintain the unique appeal of your property. We will implement the planting and maintenance schedules to ensure your commercial real estate flourishes and reflects the seasonal colors and remains inviting and professional year round.